Iconic chocolate bar Violet Crumble has been transformed into a decadent beverage just months after a ‘leaked’ picture of the never-before-seen milk surfaced online, sending fans into a spin.

Rumours have been swirling over the new product for months but on Monday the Australian brand confirmed the speculations are true.

‘It may have been 107 years in the making, but it’s better late than never,’ says Phil Sims, CEO of Robern Menz, which teamed up with Bickfords to produce the milk.

‘There’s almost nothing more Australian than flavoured milk as we’ve all grown up with it, so we had to give Aussies what they want. Chocolate and honeycomb splattering together with milk just makes sense.

‘We don’t have any excuses for being late to the game, but we can say it’s definitely been worth the wait.’

The launch comes just months after the brand teased fans with the never-before-seen flavoured milk, with hundreds of people asking for more details on if, when and where the drink would be available. 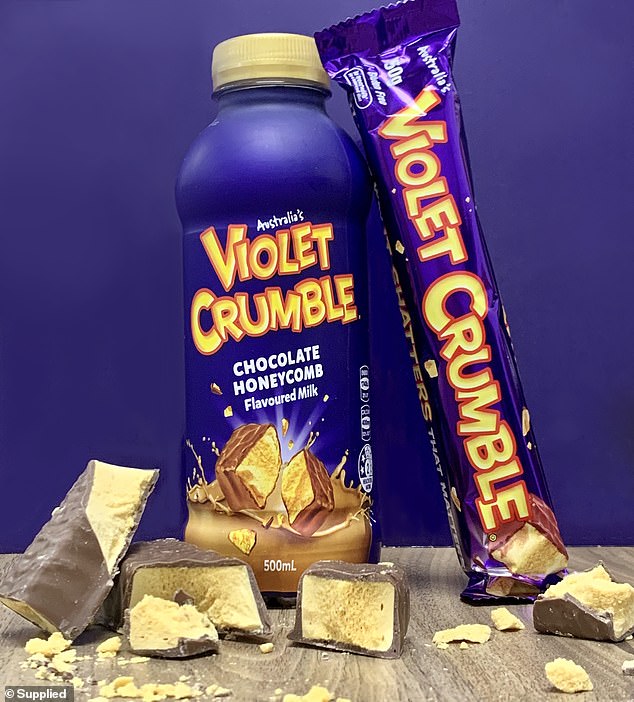 New research commissioned by Violet Crumble found one in three Aussies have eagerly been waiting for a chocolate and honeycomb flavoured milk.

Of those keen on the flavour, 83 per cent were aged between 18 and 39 years old.

Fans can purchase the new drink from Coles Express and Caltex nationally, as well as independent supermarkets.

Who is Nesta Howells? A look at Frank Bough’s wife who stayed loyal until the end

That’s not what I ordered! Disappointed diners share the disgusting dishes they’ve been served that ...