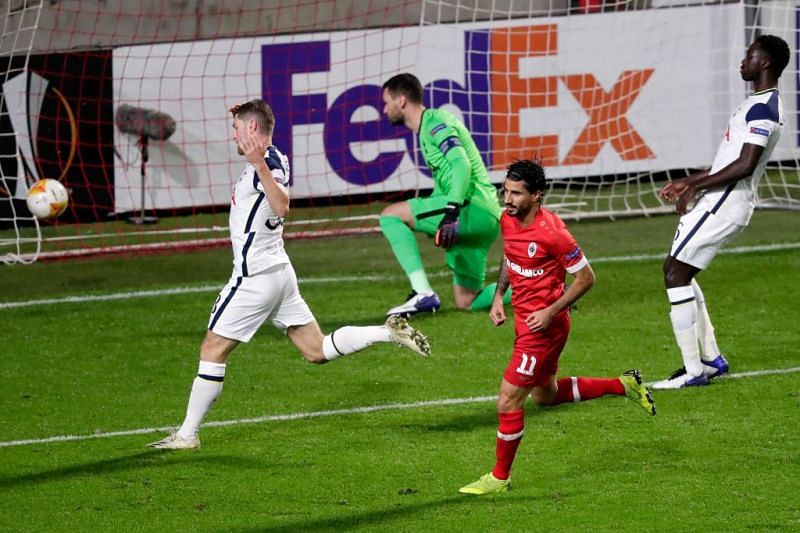 Jose Mourinho’s Instagram page has been one of the most engaging places on social media in recent weeks. The Tottenham manager’s knack for cheeky and sarcastic comments are always reflected in his Instagram posts.

On Thursday, though, he didn’t mince words while airing his displeasure at his players following a 1-0 loss to Royal Antwerp in the Europa League.

Accompanied by a photo of himself sitting in the plane and wearing his face mask, Mourinho succinctly wrote: “Bad performances deserve bad results. Hope everyone in this bus is as upset as I am. Tomorrow 11 AM training.”

As angry as Mourinho was, he was correct when he described Tottenham’s performance as bad. The team lacked urgency and conceded a goal that could easily have been avoided had the players stayed concentrated.

For a team that had been scoring goals for fun, this result was unacceptable and Tottenham hadn’t lost since losing to Everton on the opening day of the season. They won eight out of 10 games in all competitions, scoring an impressive 32 goals in the process. However, Mourinho has had to use his most trusted line-up for all these games.

On a day when he decided to give some of the fringe players at Tottenham some game time, they failed to make an impact.

The likes of Gareth Bale, Carlos Vinicius, Steven Bergwijn, Dele Alli, Harry Winks and Giovani Lo Celso were handed rare starts against the Belgian side but failed to deliver.

Mourinho was forced to turn to his trusted lieutenants in the latter parts of the game. Kane, Son and Lucas were all introduced before the final 20 minutes but there was little they could do to change the result.

“You know what our best team is. I always like to think the players deserve an opportunity. We have a big squad,” Mourinho fumed at his post-match press conference, as quoted by Goal.

“It’s also an opportunity to be grabbed with both hands. After tonight, my future choices are going to be very easy,” added Mourinho.

The Tottenham is right, his future choices are going to be easy, as his fringe players, including Bale and Alli, have clearly shown that they cannot be trusted to deliver when needed.