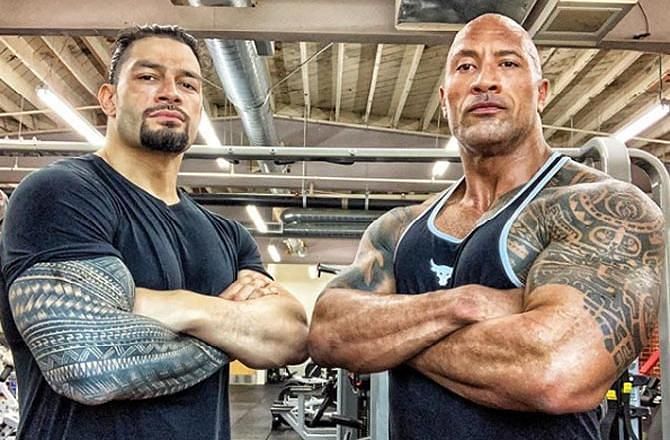 The Rock vs. Roman Reigns. It sounds like a fantasy come to life with the organic connections for everyone to see. Both belonging to The Anoa’i family, both having achieved stardom, and one is remembered as one of the greatest wrestlers of his time.

Now that Paul Heyman represents Roman Reigns, it hasn’t take long for him to be asked about a potential match between Roman Reigns and The Rock. Ever the ‘representative’ for his client, Heyman maintained that The Rock wanted the rub from Roman Reigns.

In an interview with The New York Post, Paul Heyman was clear that no one in the industry is on Roman Reign’s level, and it was The Rock that floated the idea. He said:

“Right now there is no one in this industry that is on Roman Reigns’ level and The Rock recognizes it or he would never have been the first person to float the idea (of a match). The Rock floated this idea. Roman Reigns didn’t even have to mention The Rock’s name. It’s clear that the Rock wants it to happen. And The Rock is not the only one, I might add. There’s a line. There is a list of phone calls for Vince McMahon to return of high-profile, WrestleMania, main-event legends that are just aching to get the rub from Roman Reigns at this moment.”

The Rock vs. Roman Reigns is what WWE dream matches are all about. Of course, this could all lead to nothing, or the unthinkable could happen. Anything can happen in the WWE.