Mortal Kombat has never been shy about including new and interesting kharacters in the game. Even the first game, with its cast of six playable kharacters, based them off of famous actors/martial artists like Bruce Lee and Jean-Claude Van Damme.

If we look at the full cast of kharacters kurrently available in Mortal Kombat, we can see that there are a wide range of homages and references to famous action movie stars. As previously mentioned, Van Damme is largely the inspiration for the Mortal Kombat universe’s own actor/fighter, Johnny Cage. Back when Mortal Kombat had a development team of six people, they had even hoped to get Van Damme to portray the kharacter, but to no avail.

The other important homage from the original kast includes Liu Kang, a kharacter inspired by the late Bruce Lee, specifically his performance in Enter the Dragon. Liu Kang’s kata screams were especially meant to refer to the iconic shouts made by Lee in nearly all of his films.

Of course, these were just the first two whose appearances were based largely on real people. 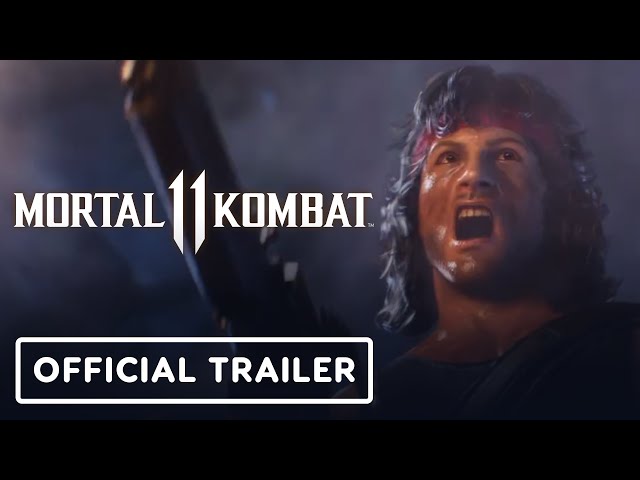 Now, of course, Mortal Kombat is big enough to outright license the kharacters they want to have appear in the game. This is what led to well known heroes and villains such as Freddy Krueger, Jason Voorhees, the Predator, a Xenomorph (Alien), Leatherface, Spawn, The Terminator, and RoboCop all finding a place in one Mortal Kombat game or another.

John Rambo’s inclusion simply kontinues their trend of using more recognizably human figures in their games, with all but the two aliens being entirely based on a person wearing a costume. Rambo will be similar to the Terminator, however, in that he will wear the face of a still living, and very recognizable, actor.