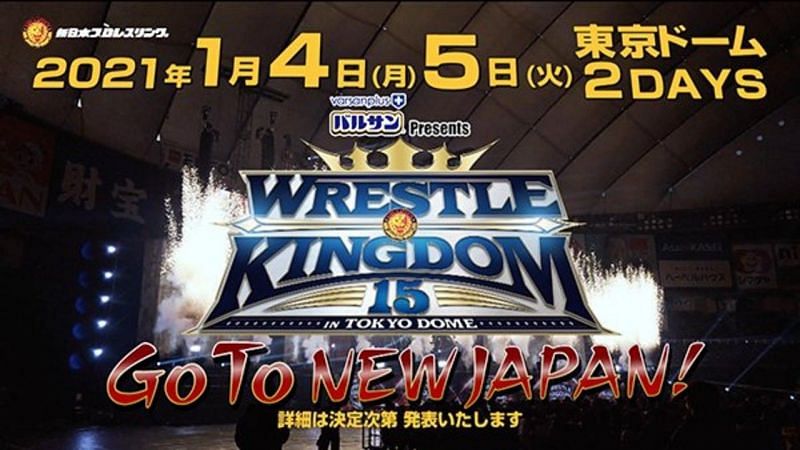 NJPW announced during today’s G1 Climax 30 Finals that Wrestle Kingdom 15 will be taking place for two straight nights on January 4th and 5th at the Tokyo Dome next year. Last year’s Wrestle Kingdom too was a two-day event and was headlined by a mini-tournament to determine the first IWGP Double Champion with Tetsuya Naito winning the IWGP Heavyweight and Intercontinental Championships.

The two-day Wrestle Kingdom event this year was hugely successful for New Japan Pro Wrestling. The company sold about 70,000 tickets across the two-day event and helped NJPW stay afloat amid a lockdown with the ongoing global pandemic.

The card for Wrestle Kingdom has not been announced as of yet. Following his win in the G1 Climax 30 Finals, Kota Ibushi will get a shot at the IWGP Heavyweight Championship at the Tokyo Dome event. He will have to defend his briefcase at NJPW’s next major event, which will be Power Struggle on November 7th.

With the conclusion of NJPW’s premier tournament, the G1 Climax 30, New Japan gears up for their end of the year run. On November 7th, Power Struggle 2020 will take place in Osaka. Following this major event, NJPW will have two more tournaments with implications on Wrestle Kingdom 15.

Starting on November 15th, the World Tag League 2020 and Best of Super Juniors 27 tournaments will kick off. The winner of the World Tag League 2020 will compete for the IWGP Heavyweight Tag Team Championships at the Tokyo Dome on either January 4th or 5th. The winner of the Best of Super Juniors 27 will face the IWGP Junior Heavyweight Champion at Wrestle Kingdom 15. We will have ongoing coverage of both tournaments and results for Power Struggle right here after these events.