Skip to content
HomeWWEManchester City 1-0 Arsenal: Player Ratings as Guardiola gets one over Arteta 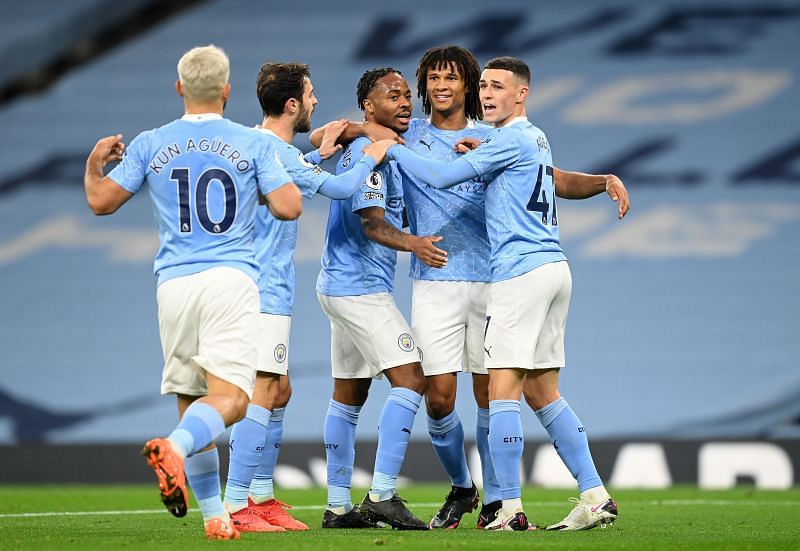 Manchester City got back to winning ways in the Premier League with a 1-0 win over Arsenal at the Etihad Stadium on Saturday.

A goal from Raheem Sterling midway through the first half was enough to settle this contest between master and apprentice, as Mikel Arteta fell to his second straight league loss against Pep Guardiola.

That defeat now makes it 29 away games without a win against the top six for Arsenal, who have already fallen to defeats at Liverpool and now Manchester City this season.

Here’s how each player fared for both sides.

After being responsible for City dropping points in their last league game at Leeds, Ederson bounced back really well. He made a couple of excellent stops to deny Saka and Aubameyang the chance to equalise for Arsenal.

Cancelo was the weakest link in the City defence. He was caught constantly unaware of men around him, and unable to deal with the dribbling ability of Saka.

Walker’s pace was crucial on the cover for Arsenal, as he denied Aubameyang several opportunities to run in behind the City defence, when Arsenal were on the break.

In only his second game for City, Dias was outstanding. He wasn’t really involved in a physical battle with any of the Arsenal strikers, but he was always there at the right place at the right time, to nip Arsenal attacks in the bud.

Ake had the rather challenging task of trying to keep Nicolas Pepe quiet, in his role as a left-back. He dealt pretty well with the Ivorian’s dribbling and pace.

Rodri was walking a tightrope after getting booked early in the game. He couldn’t commit to a challenge, which mean that he was given a torrid time by Saka, who dribbled past him more than once.

Starting in a deeper midfield role, Bernardo was really effective. His work-rate and pressing were outstanding, and gives Guardiola another option in midfield.

It was his shot which Leno saved, before Sterling tucked in the rebound. He should’ve scored a few minutes later, but was denied by Leno’s outstretched right leg.

Mahrez was City’s best attacking player on the night. His dribbling was outstanding, and gave Tierney a rather difficult evening. He set the tone right in the first minute, when he fizzed a curler wide.

Sterling didn’t really have his best game, but he won City the game with the goal that mattered. In a season like this, at its current stage, City want the points, they don’t care about how or where they come from.

Aguero was not exactly at his best, which is predictable, after four months out with injury. But he did have some really encouraging moments, which should give Guardiola reason to be optimistic.

Gundogan replaced Aguero, and marked his return to the first-team, after being ruled out due to testing positive for COVID-19.

He came on late in the game, as City looked to see things through with no damage being done.