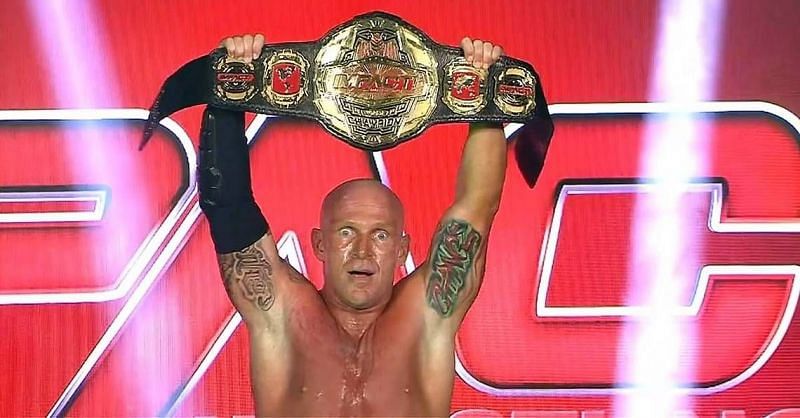 IMPACT Wrestling’s Victory Road is set to begin in less than two hours on IMPACT Plus. The card features seven matches, including two matches for the top championships in the company.

Victory Road’s night of action will kick off on Twitter, as IMPACT Wrestling will give a free preview match between XXXL and The Rascalz. In what should be a good match, the winner looks to stake its claim in a stacked tag team division.

After a vicious attack a couple weeks ago on the September 1st episode of IMPACT, The World Class Maniac Eric Young will defend his title against challenger Eddie Edwards.

Following their encounter, Edwards suffered another attack at the hands of Ken Shamrock and the former champion is not 100% heading into the match.

Young has his sights set on future challenger Rich Swann in their upcoming Bound For Glory encounter, but an Edwards win would spoil those plans. With personal animosity on the line, these two will undoubtedly have a brutal battle.

The winner of this match will take on the aforementioned Swann at Bound For Glory on October 24th.

Since arriving on the scene in the Knockouts Divison, Deonna Purazzo has had her sights set on winning the Knockouts Championship. She defeated Jordynne Grace at Slammiversary to earn the title.

Over the past several weeks, Susie has had glimpses of changes which hint at the possible return of Su Yung. Susie’s friend and No. 1 contender for the Knockouts Championship, Kylie Rae has been a calming force for tonight’s challenger.

With the winner of tonight’s match taking on Kylie Rae at Bound For Glory, all eyes will be on which version of Susie emerges from the match, as well as whether Purazzo can hold on to the title.

Victory Road will prove to be a preview of sorts for the IMPACT Tag Team Championship match already announced for Bound For Glory. The four men in tonight’s match each represent one of the four teams that will do battle in a few weeks.

These men will look to earn a victory to capture a slight advantage and bragging rights heading into the championship clash. No matter who wins, they will provide momentum for their team ahead of the showdown.

After tricking Hernandez, Heath and Rhino were riding high following the success of Heath’s #Heath4IMPACT campaign. While celebrating the win, Reno Scum interrupted the duo and delivered a beating at the direction of Hernandez.

While Heath doesn’t have an IMPACT Wrestling contract, Rhino was able to convince Scott D’amore to allow the friends to take on Reno Scum in an unsanctioned match. A win for Heath would go a long way in proving that he has what it takes to be an IMPACT Wrestling mainstay.

In a moment of unprofessionalism, the self-proclaimed Most Professional Wrestler, Brian Myers, recently went on a tirade backstage. Tommy Dreamer forced Myers to clean up his mess, who obliged with a warning to stay away from him.

Their paths crossed last week during IMPACT and the men agreed that they should take their beef inside the squared circle to bring closure to it. A win for Myers would continue to solidify his status in the company. A win for Dreamer would go a long way in teaching Myers some manners in his new place of employment.

Victory Road will provide the stage for the third matchup between these two talented members of the Knockouts Division. Both Tenille and Jordynne have each earned victories over the other, tying the score 1-1.

A victory for either woman would put them in line for another potential title shot, following the results of the Bound For Glory Knockouts Championship Match. The rubber match should prove to be as exciting as their first two encounters.

Current X-Division Champion Rohit Raju is holding the first Defeat Rohit Challenge at Victory Road. Rohit has made it clear that the challenge is open to anyone who he has not already defended the title against.

Who will answer the champion’s challenge? The match could be a preview of a rematch at Bound For Glory depending on the performance of the mystery challenger.