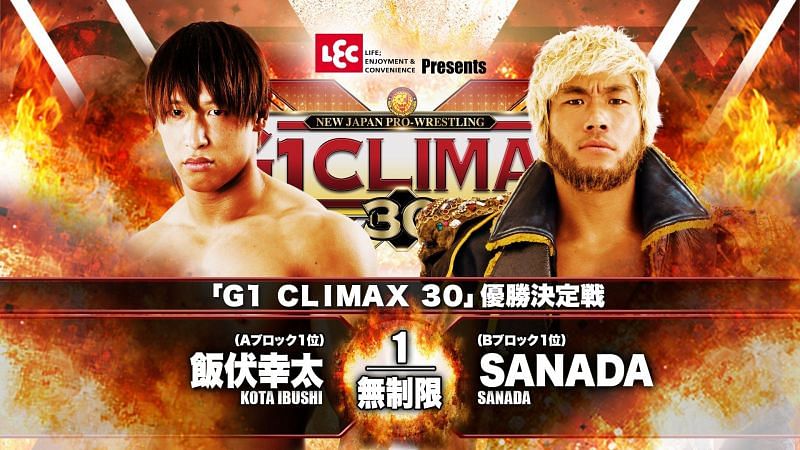 New Japan Pro Wrestling recently announced the full match card for the G1 Climax 30 Finals. This year, the 30th edition of the G1 Climax Finals, which happens to be the most premier event of NJPW’s calendar year, will feature a total of six matches.

The finals of the G1 Climax 30 will feature an eye-catching clash between Kota Ibushi and SANADA. Apart from that, there will be five other matches which are all tag team or multi-men tag team matches.

The event will emanate from the Sumo Hall in Tokyo, Japan on Sunday, October 19th, 2020. Usually, the G1 Climax takes place during the summer. However, since the 2020 Summer Olympics was originally planned to be held during that time, this year marks the first time the event takes place in the autumn season.

The winner of the G1 Climax gets to challenge the IWGP Heavyweight Champion at next year’s Wrestle Kingdom. Kota Ibushi, who has achieved the rare feat of qualifying for the G1 Climax finals for the third year in a row, will take on Los Ingobernables de Japon’s SANADA.

Although he won the G1 Climax last year, he was unable to defeat Kazuchika Okada for the IWGP Heavyweight Championship at Wrestle Kingdom 14. It remains to be seen if The Golden Star can win the finals for the second year in a row and earn a shot at the IWGP Heavyweight title once more.

Meet Innersloth, the development studio behind Among Us

The group stage of this season’s Europa League campaign begins this week, and on Thursday ...