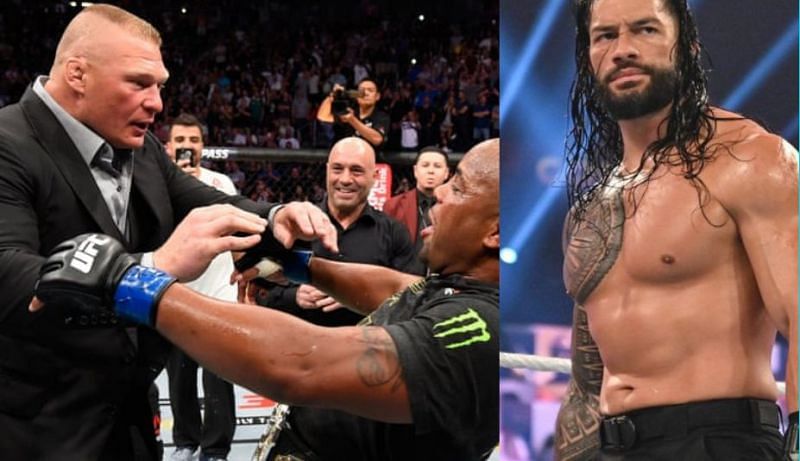 Paul Heyman was a guest on last week’s episode of The Ariel Helwani Show and during the interview, the on-screen manager of Roman Reigns sent a warning to former UFC Heavyweight Champion, Daniel Cormier.

While appearing and speaking to Ariel Helwani for the first time in almost six years, Paul Heyman took a shot at Daniel Cormier. Heyman claimed that DC has nothing to do with his life, except have fantasies about stepping into the ring with either Roman Reigns or Brock Lesnar.

In response to Paul Heyman’s comments, Daniel Cormier finally went off on the former ECW boss and took a shot at all the Paul Heyman guys, stating that he doesn’t need a manager. The former UFC Heavyweight Champion also sent a warning to both Roman Reigns and Brock Lesnar.

Here is how Daniel Cormier responded to Paul Heyman:

Daniel Cormier has had a long history with Brock Lesnar. A fellow former UFC Heavyweight Champion, The Beast Incarnate confronted Cormier after his first and only win over Stipe Miocic. However, a fight between the two never came to fruition and Lesnar eventually shifted his focus towards his WWE career.

Daniel Cormier claimed that the only reason Brock Lesnar has gone to an undisclosed location is due to the fact that the latter wants nothing to do with DC. While Cormier praised Lesnar for his wrestling skills, he also believes that Roman Reigns, a football player, would never be able to defend himself if DC ever gets his hand on The Tribal Chief.

“You’re going to the undisclosed location to find the plan to keep your clients safe. They’re trying to figure out a way to keep them away from DC, because if I get my hands on either of those guys, either of them, it’s over.”- said Daniel Cormier.

Following his retirement from the Mixed Martial Arts, Daniel Cormier has shifted his focus as an analyst and as a commentator in UFC. However, in the past, there have been talks of him possibly signing for WWE under some capacity. With several former UFC stars appearing in WWE, there is definitely a possibility that we could see Daniel Cormier inside the squared circle as well.