Skip to content
HomeWWECold War ‘Beta’ over skill based matchmaking 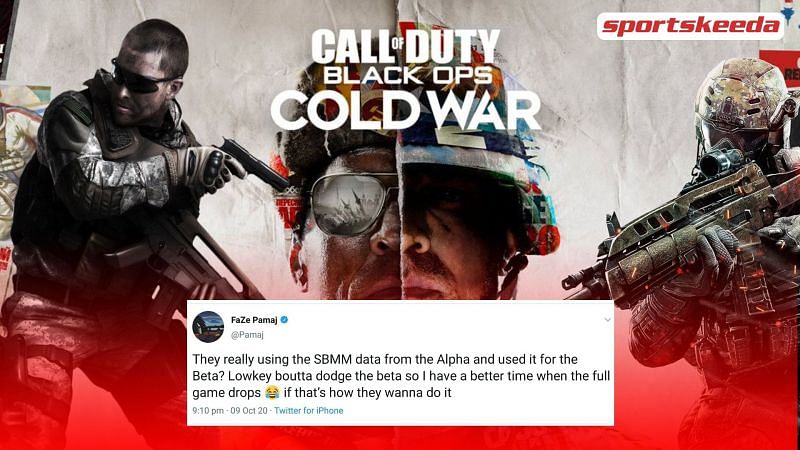 Call of Duty’s latest installment – ‘COD Black Ops Cold War’ is the sixth game of the ‘Black Ops’ series, and the 17th COD game overall. COD: Cold War is set in the 1980s, and follows CIA agent Russell Adler, as he pursues Soviet spy Perseus, whose aim is to subvert the United States.

COD: Cold War is scheduled to release on November 13th, and introduced a new game-mode called ‘Fireteam. It also boasts maps that can accommodate both 6v6 and 12v12 combat. On October 6th, it was announced that the Beta will be released over two ‘weekends’.

Weekend one (October 8th to 12th) is PS4-exclusive, while gamers on other platforms can access the Beta version on Weekend two (October 12th to 15th). Furthermore, back between September 18th-20th, PS4 players could access the Call of Duty: Black Ops Cold War Alpha, which means that quite a few gamers have already tried the game.

Even back then, the Skill based matchmaking (SBMM) system of COD: Cold War had come under criticism. Professional gamers and streamers with high skill were being teamed with beginners against other above average gamers. This essentially leaves a lot for the high-skill players to do to win matches.

While the overall idea of the SBMM system is to make matches more balanced and make each game fairer, it has seemed to frustrate most notable gamers. After last month, people didn’t expect the Beta version to have the same system. However, as you can see below, quite a few content creators were surprised to find no modifications whatsoever.

They really using the SBMM data from the Alpha and used it for the Beta? Lowkey boutta dodge the beta so I have a better time when the full game drops 😂 if that’s how they wanna do it

Tell me why my SBMM Elo carried over from the Alpha to the Beta. I’m loading in a map, level1, vs a full team of SND Stars w/ serious cases of the “stank chair”

Peirce “Gunless” Hillman explained that the reason he does not like the SBMM mechanism is because he is being repeatedly teamed with low-skilled players with ‘no hands’ against teams that are making it extremely difficult for him to survive. Apparently, the game reads him as somebody who can carry five players.

Unsurprisingly, quite a few other content creators/gamers had a similar opinion, and want to see a change in the SBMM system.

The worst part is with SBMM you’ll be punished at higher MMR. It’ll be just like CS where regular MM was basically impossible to play at high ranks without running into cheaters :/

With still over a month to go for the full release, Activision might just look into the feedbackm and decide whether or not to listen to these gamers.