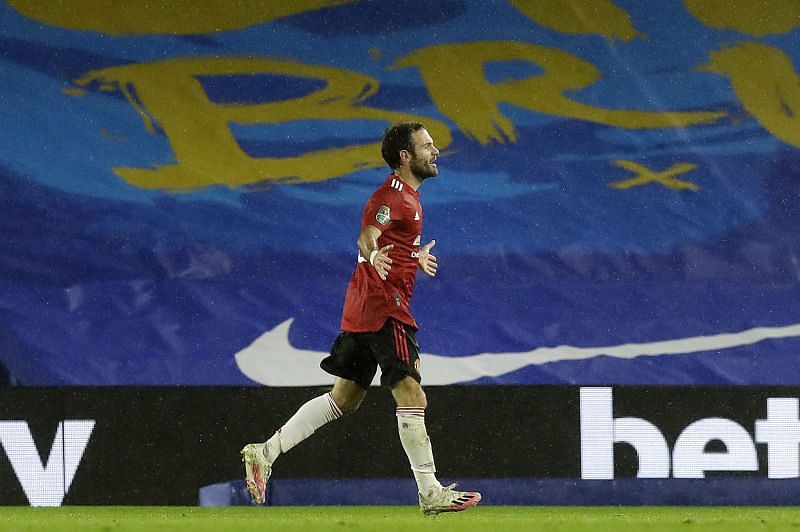 Manchester United beat Brighton 3-0 at the Amex Stadium on Wednesday to seal their spot in the quarterfinal of the League Cup.

Goals from Scott McTominay, Juan Mata and Paul Pogba gave Manchester United their second win against Brighton in the space of four days.

After a largely dull first half, McTominay benefitted from being unmarked inside the box, as he headed in Mata’s free-kick. Mata himself added the second goal, after lovely interplay between him and Donny van de Beek.

Pogba added the gloss to the scoreline for Manchester United, with a deflected set-piece finding its way past Jason Steele in the Brighton goal.

Here’s how each player fared for Manchester United

The second-choice Manchester United goalkeeper had to make two big saves in the game, and did that really well. Even though it wasn’t a particularly well struck shot from Jahanbakhsh in the first half, it needed some saving. But the effort to deny Trossard was definitely even better.

In another rare start for Manchester United, Dalot looked comfortable enough at right-back. He was a solid foil for Juan Mata, and very important to Manchester United’s system for this game, which was dependent on Mata drifting in off the flank.

Yet again, it was a shabby performance from Lindelof. He gave away possession easily and far too often for comfort. He also was at fault for giving Trossard the big chance in the second half, and will thank Henderson for keeping the clean sheet.

Bailly’s tactical awareness and anticipation was standout. Those two aspects allowed him use his strength and tackling ability to turn possession over quite a few times in the game.

This was one of Williams’s more-improved performances in recent times, from the left-back position. However, he will face bigger tests going forward, with Jahanbakhsh not really on his game tonight.

He kept the ball moving in midfield, and was generally a calm presence in possession. For United’s opener McTominay was played onside by Ben White, and the Scot took full advantage by planting his header past Steele.

It was a mixed game for Fred, as he combined some excellent passing, with some inexplicable missed passes. He was energetic, though, and that was needed against the likes of Alexis Mac Allister.

The new Manchester United signing wasn’t involved too much in the game, until the 70-minute mark. He came to life at that point, as he set Mata up with a lovely flick, that left the Spaniard with a straightforward finish.

Mata was the best Manchester United player on the pitch, and that shows in the numbers, as he ended up contributing both a goal and an assist.

He was hardly involved in the game. Even though he started in his preferred role of having to cut in from the left flank, James just could not get going.

He missed a sitter in the first-half, as he slipped in front of an open goal after rounding Steele. Overall, Ighalo was reasonably impressive, with both his hold-up play and link-up play.

He had a great chance to score soon after he came on, but the Frenchman put a header wide. He wasn’t to be denied, though, as his free-kick fortuitously took a deflection and went in.

Rashford was impressive as centre-forward, as he gave Dunk and White a lot more to think about and deal with.

He really didn’t have enough time on the pitch to make any sort of impression.

Brief cameo, didn’t have much time to influence proceedings. 6