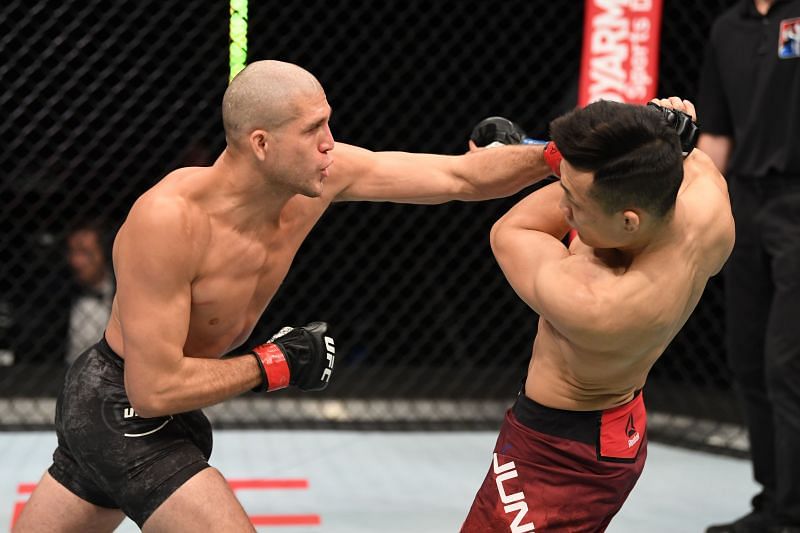 Brian Ortega is back and better than ever. After 23 months away from the Octagon and multiple surgeries, T-City surprised the MMA world by defeating The Korean Zombie Chan Sung Jung in a one-sided striking clinic.

It certainly wasn’t the way people predicted that it would play out, but it speaks volumes about the work that Brian Ortega did in training during his extensive layoff.

With that, Brian Ortega has earned another title shot – this time against the Australian Alexander Volkanovski. What drew a lot of anticipation about the Brian Ortega-Korean Zombie was the fact that there was beef starting from UFC 248 in March.

Either way, a good fight often results in fighters squashing their beef, and that’s exactly what happened after the fight, when Brian Ortega and The Korean Zombie paid respects to each other in a touching moment:

It’s good to see the two top-ranked Featherweight contenders put it all behind them. While there wasn’t any beef heading into their originally scheduled clash last December, there was certainly some animosity after UFC 248 following Ortega slapping Korean Zombie’s translator Jay Park.

Either way, Brian Ortega proved that he evolved his game. But there’s one big question next for him.

It would be interesting to see this version of Brian Ortega face Max Holloway. When they faced off in 2018, it was a rather one-sided striking clinic from the champion the time Holloway. Alexander Volkanovski shut down Max Holloway in their first meeting and defeated him more controversially the second time.

While this isn’t something that would automatically prove that Alexander Volkanovski would defeat Brian Ortega, it should be taken into note that stylistically, the Australian Champion is an expert at shutting down other fighters’ strengths.

It’ll be interesting to see how the Brian Ortega-Alexander Volkanovski fight plays out. They could be expected to face off in early 2021.