Great British Bake off fans have blasting Paul Hollywood of showing ‘blatant favouritism’ to Lottie Bedlow with some accusing the judge of ‘fancying’ the contestant.

In last night’s episode of the Channel 4 show, the 31-year-old pantomime producer, from West Sussex, failed to impress with her ‘messy’ toad-in-the-hole pasties in the signature and struggled with the consistency of her chocolate eclairs in the technical.

Yet viewers said they were stunned by Paul’s gushing praise towards Lottie on the programme, with some accusing him of fancying the contestant.

One commented: ‘I think Lottie could just lob the raw ingredients on the counter and survive …Noel constantly hangs round her, Paul gushes round her and all I wanna do is brush her hair.’

Great British Bake off fans have blasting Paul Hollywood of showing ‘blatant favouritism’ to Lottie Bedlow, 31, with some accusing the judge of ‘fancying’ the contestant

Meanwhile another added: ‘Lottie should have gone today. Public are saying Paul fancies Lottie and shows favouritism towards her. He has a long history of that. Paul should be sacked. Lottie knows it and flirts with him.’

And while Prue said she was concerned about the flavours of the pasties, Paul told her he thought they ‘sounded delicious.’

Judging her pasties, Paul told her: ‘I think they’re a little bit messy but I like the colour of them. 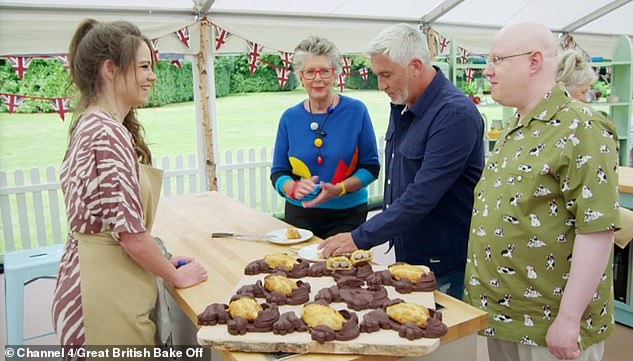 ‘They taste amazing, the mash works really well. It is very very good. It doesn’t look good but it tastes good.’

During the technical challenge of the programme, the bakers were asked to craft chocolate eclairs with Lottie failing to impress because the consistency was ‘all wrong’ on her filling.

And while baking her Showstopper classic tart hidden within a cage made entirely from pastry, she admitted she had ‘never made the structure’ successfully at home while practicing.

Paul told her: ‘I questioned whether it would be a tart without sides. Are you confident?’ 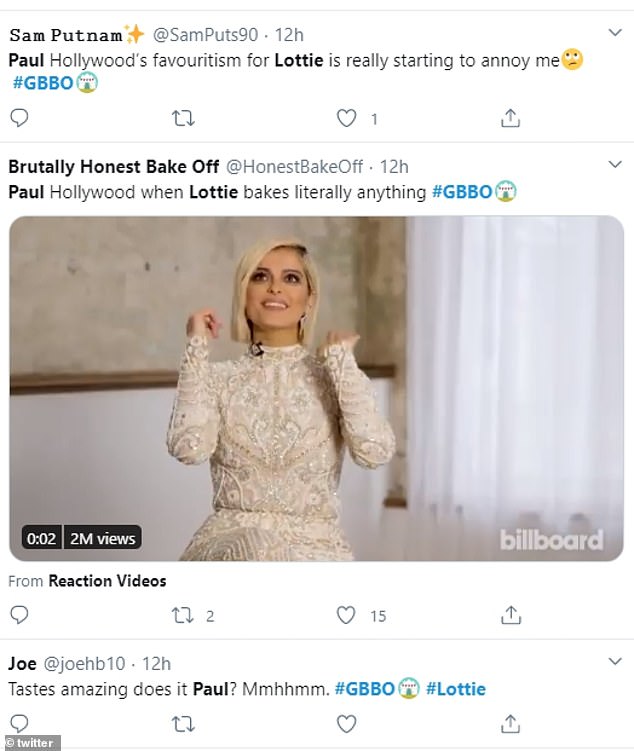 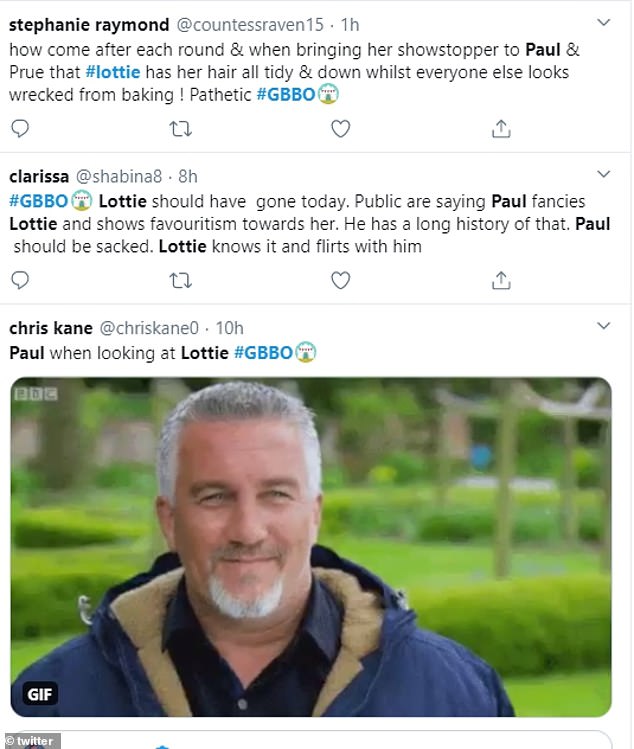 Lottie explained: ‘I’m confident in all but the cage.’

The baker could be seen releasing her long hair from her ponytail as she stepped in front of the judges.

Paul told her: ‘The artistry in the cage is exceptional.’

He added: ‘The tart itself, I question whether it is a tart without sides.’

‘All the independent flavours are good, the textures are good and what you’ve made is good but is it the brief?’ 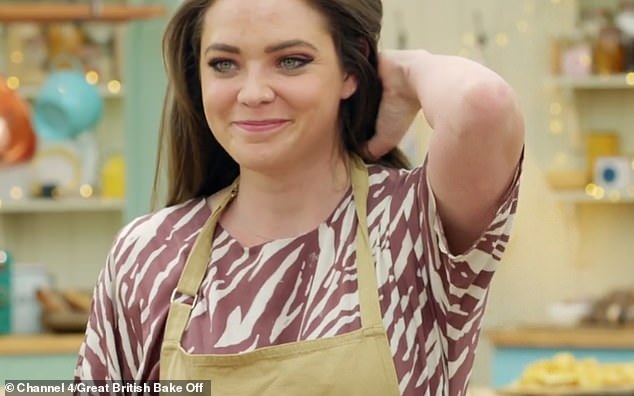 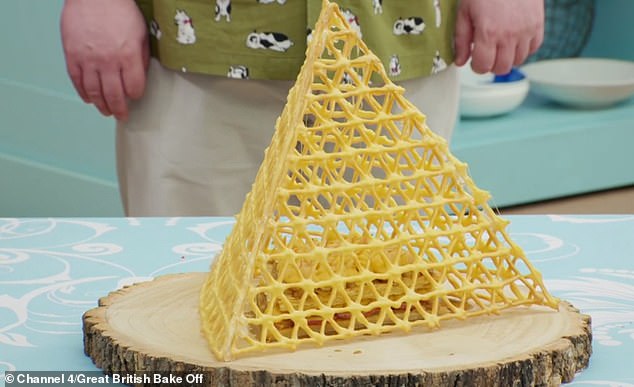 Despite her messy bakes and struggling with the technical challenge, Lottie managed to scrape through to next week’s programme, with baker Linda sent packing by the judges.

But viewers were stunned  by Paul’s comments, with many taking to Twitter to question his impartiality.

One commented: ‘Paul Hollywood’s favouritism for Lottie is really starting to annoy me.’

Another wrote: ‘Tastes amazing does it Paul? Mmhmm.’

One added: ‘How come after each round and when bringing her showstopper to Paul and Prue that lottie has her hair all tidy and down whilst everyone else looks wrecked from baking? Pathetic!’ 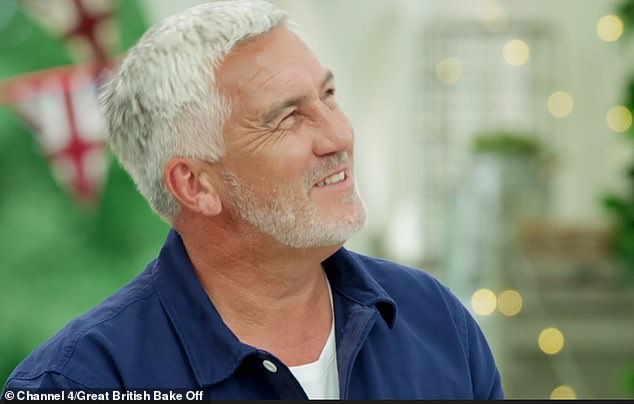 Viewers were stunned by Paul’s praise for the baker, with many taking to Twitter to question his impartiality

It comes after reports Lottie Bedlow has been obsessed with the show and Paul long before she impressed him with her baking skills.

‘She’s always been a massive fan of the programme, and of Paul, so she’ll have loved the fact he has already picked her out as a star baker.

‘She has been hoping to catch his eye as she is a huge fan of his — not in a romantic way but she loves his baking and his manner.’

The Great British Bake Off continues on Channel 4 next Tuesday at 8pm.